New Theatre Group Will Take Audiences Down the Rabbit Hole

Posted on 10 Apr 2016 in News, Rabbit Hole | Comments Off on New Theatre Group Will Take Audiences Down the Rabbit Hole 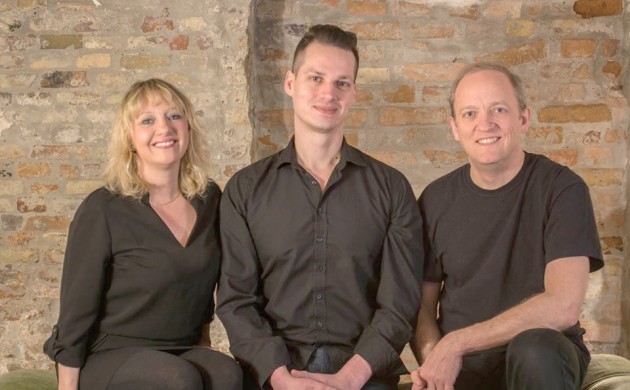 April 10th, 2016 7:00 am| by Anna Clarke
English-language theatre is growing ever-popular in Copenhagen and the international community has just been gifted another offering: Down the Rabbit Hole.A welcome new addition for expat audiences in the city, this new multilingual theatre promises to break boundaries with its innovative and immersive performances.Multi-textual approach
“We work multi-textually combining elements of dance, physicality and music within a play,” explained Jeremy Thomas-Poulsen, the company’s main director, who is a co-founder of Down the Rabbit Hole along with Jens Blegaa and Vanessa Poole – familiar names to fans of the Copenhagen Theatre Circle.

“Our aim with Rabbit Hole is to take theatre out of its usual setting and place it in a non-traditional space where you get a different kind of experience.”

A true trailblazer
Thomas-Poulsen, an American expat who moved to Copenhagen five years ago, is no stranger to success.

Last year he was named number one in the Copenhagen Post Weekly’s top five English-Language Trailblazers of 2015 for directing a slew of successful shows, including ‘Pygmalion’ for the CTC, which received rave reviews.

He has already set up one English-language theatre company: Spoken Word Theatre, which performs poetry in both English and Danish.

Increased recognition
Down the Rabbit Hole joins a number of other English-language groups in the city. Firstly, there is the grand old dame of the scene, the CTC amateur group, which was founded in 1968. It has a play opening on April 13: Kafka’s Dick (see page 21).

And then there are three professional groups: Vivienne McKee’s London Toast Theatre, Ian Burns’ That Theatre Company, and Sue Hansen-Styles’ Why Not Theatre Company, which has a play opening on April 7, ‘Love and Money’ (see page 21).

“The international community is growing in Copenhagen and the work is really starting to be recognised. We are hoping to add to that discussion – we want to guide that energy in a new way and show something that is challenging and different,” enthused Thomas-Poulsen.

“I love doing non-traditional work in English – that’s why I started Rabbit Hole so I could really speak to the English community.”

Down the Rabbit Hole will be presenting Elsie and Norm’s “Macbeth” by John Christopher-Woods, a comic retelling of Shakespeare’s Macbeth to mark the 400th anniversary of the Bard’s death.